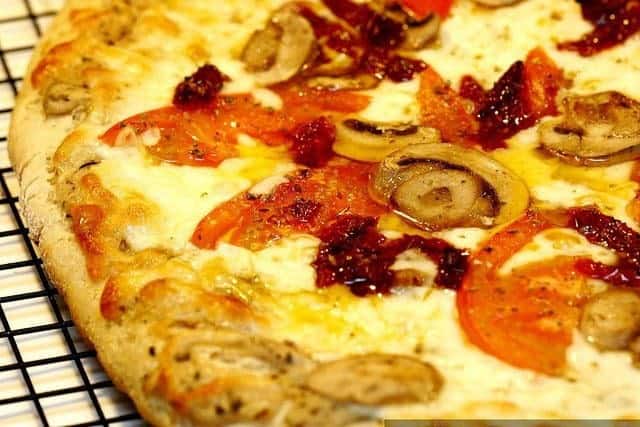 At the end of this article is a recipe for pizza crust using coconut flour, so that you can enjoy pizza once again. But before that, here are some interesting facts about this delectable food item—a staple at parties, Friday nights at home in front of the TV, and staff lunches?

But why should it?

Coconut flour may have a naturally sweet taste, but it has many health benefits. It has a lot of fiber, protein, and iron, and it is good for your immune and nervous systems, your thyroid, your bones, and even your skin.

Another reason to give coconut flour pizza crust a try: some people can't have pizza at all if the crust is made with a flour that contains gluten. (Who wants to live a life without pizza?)

Besides, if you make it with the right ingredients, you won't even notice the sweet taste of the coconut flour.

Your choice of toppings

Preheat your oven to 375 degrees. Line a pizza pan with parchment paper, then grease with olive oil.

In a medium bowl, beat the eggs. Add in the milk and mix well.

Add in the remaining ingredients and mix all the ingredients together, then spread the dough onto the pan.

The crust will be very thin in consistency - not to the point of pancake batter, but still thin. It will be spreadable, but not runny.

Bake for 15 - 20 minutes, or until brown. Remove it from the oven and immediately 'flip' it over. (If you have a large baking rack, like this one, this step will be easy.)

Let it cool for a few minutes.

Add toppings and pop it bake into the oven and continue to bake until the cheese bubbles.

Pizza has come a long way—from Italy it traveled around the world, where through the years pizza lovers everywhere got the chance to make it their own. Now you can make it your own, too—even if you are on a gluten-free diet.